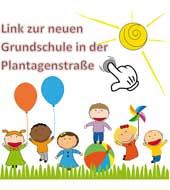 I stayed at home in Berlin. It was very often hot because it was summer. I wasn’t every day at home, I met my friends, I played with them or went eating ice cream. I also went to the cinema and watched a movie. Sometimes I walked with my brother to the park and played with him there. The weather was so hot that I went swimming with my family. I was really nice. I had lots of fun and I think my brother had fun, too.

Sometimes it was rainy. Then we stayed at home. When it was cold, my mother made me a tea and it was really yummy. She turned the TV on and then it was a good day for me.

On one day we went shopping with my mother.

We bought a dress for the summer and there was a birthday party of my friends on the first days of the holidays. There were lots of other kids. First I didn’t know them but later we played together and that was nice. I had to do some homework in the holidays but I just forgot them.